Get a Covered California Plan!

Barbara McClaskey began her career in the insurance industry in 1970, working for Allstate Insurance in Santa Ana, California. After relocating to the Redding area in 1980, she became an agent for New York Life in 1986. Co-incident with the United States Independence Day holiday on July 4, 1990, Barbara began her own independent insurance agency. In 2009, she became the proud owner/occupant of a new office building located at 1965 Pine Street, in Redding (see photograph on home page).

Ms. McClaskey is a current and licensed Life and Health Insurance Agent pursuant to the requirements of the State of California Department of Insurance. She is an appointed agent for all major carriers in California.

Barbara McClaskey is a licensed Life and Health Insurance Agent pursuant to the requirements of the State of California Department of Insurance. She is an appointed independent agent for all major insurance carriers in California. Contact Barbara ?

Get a quote today! 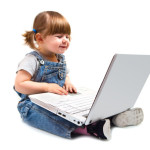 Discussions from the Blog

February is Wise Health Care Consumer Month, So Get Wise!

NO on California Proposition 45

Getting Started with Medicare | A Guide by United Healthcare

Send Us a Message